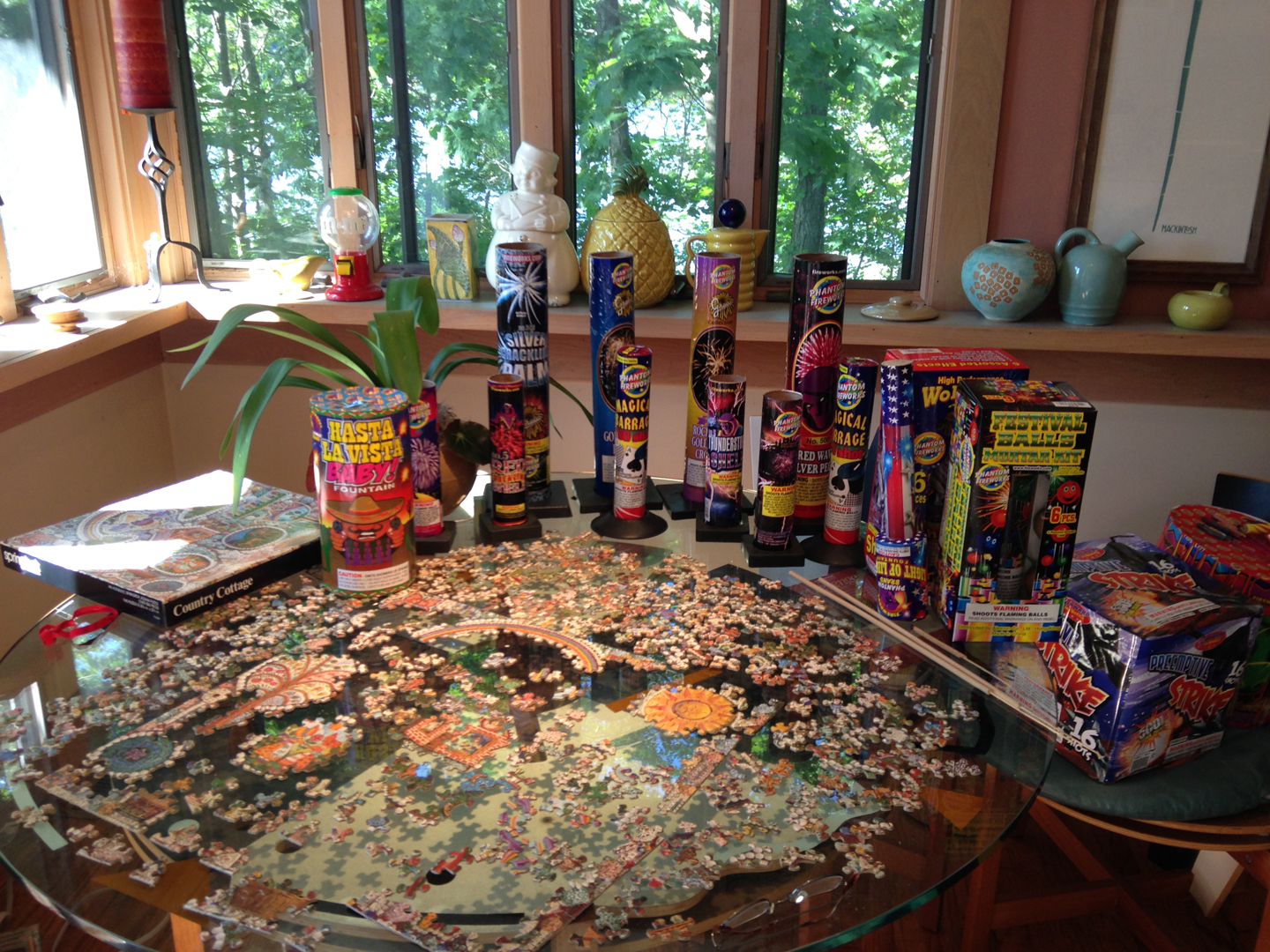 In the grand scheme of memorable moments, riding a two-wheeler for the first time is the gold standard, the one that puts me in a place and time against which so much else is measured.  I can see the bike (blue and white), myself in the seat. The focus, the balance, the breeze. The closest thing to flying.  As a metaphor, “like riding a bike” encompasses that thing once learned and never forgotten. Leave it to Albert Einstein to bring even another dimension with his quote: “Life is like riding a bicycle. To keep your balance you must keep moving.”

Recently, it hit me, a revelation of sorts: there’s no riding that bike without someone running alongside, holding on to the seat. Until the moment of letting go. Trust is a good thing. We ride, we fall, we get back on.

There’s an innocence to it all, and it goes with the territory of summertime, freewheelin’ days, school’s out, the light in the sky at 8 p.m. always a wonder.   Innocence slips, experience brings caution. And if we’re lucky, every summer brings it all back home, the moments missed but never lost to us.  In that jigsaw of life, there is a striving toward order, making the pieces fit.

The art of the jigsaw begins with a frame. Four corners to anchor the picture that will take shape. In that jigsaw of our lives, we have four seasons that, before we gave names to them, were a driving force all their own. These days we have Thanksgiving to define autumn, Christmas/Chanukah to define winter, July 4th to define summertime, give it an anchor. Celebrate. Dance to the music.

Not that I’m complaining. Seeing fireworks always makes me feel like a kid again. And the sound and light show I’m treated to each year since I’ve been spending  the 4th with friends at their lake house is as good as it gets. This year brought the added pleasure of my two dearest long-time friends visiting for the holiday. We partied, went to movies—the exquisitely nuanced Fill the Void and quietly powerful The Attack.  Both had their poignant and haunting  moments. Each, in its own way, was a reminder of the complexities of personal/cultural identity in the Middle East. Both had love at their core: sometimes it opens our eyes, sometimes it blinds us. Yes, we did a little shopping, too. And (duh) we talked.

Sunday, friends gone, I ease back into routines. First some cleaning up, then a few sun salutations in the bright and airy guest room that doubles as my personal yoga studio.  The phone rings. Sometimes, when I’m near the end of my practice, I’ll run down to answer it. This time  I let it ring. Five times. I figure my husband is either outside or napping. Whoever called will call back.

It’s near dinnertime, another phone call, during which the power goes out. There’s only so much stress the utilities grid can handle in a heat wave.  My husband and I decide to skip the not-yet-made salad and head out,  hopeful that this is not a widespread outage, three of four hours if I were to wager. I turn off my cell phone to conserve battery power and we head down to a favorite Mexican restaurant. A little tequila always does the trick.  Back in the car after dinner, I turn on my phone, a text from my daughter: Call me as soon as you get this. I broke my ankle. By my calculation that would have been the phone call earlier in the day that I missed.

10 thoughts on “Those Moments We Miss”