Deborah Batterman is the author of Just Like February, a finalist in the 2019 Next Generation Indie Book Awards, 2018 Best Book Awards, International Fiction Awards, and American Fiction Awards. A story from her collection, Shoes Hair Nails, was nominated for a Pushcart Prize. In 2012 she published Because My Name Is Mother, a chapbook of essays linked by the reminder that every mother is a daughter, too.

Born and raised in Brooklyn, she traces her formative years as a writer to what she gleaned from aunts and uncles and cousins smoking, drinking, laughing, more often fighting, as they squeezed themselves around a small round kitchen table on any given night of the week.

She published her first article, ‘The Happiness Hotel’, in 1971 about a hotel that would seem part camp/part school, where parents could leave children for a brief stay, a novel idea at the time. The magazine was Woman’s World. But don’t ask her if there’s any connection to the online Woman’s World, where she more recently published ‘How I Faced My Fears and Finally Learned to Swim at 66‘.

From writing and editing articles about all things relevant to women’s lives—fashion and food, female celebrity profiles, and cultural issues, she moved on to employee relations journals focused on sex discrimination, civil rights, and occupational safety laws as they related to the workplace.

Working as a reporter for a travel trade magazine would follow, with its focus on industry news, including new hotels and promotional tours that would take her to the far reaches of the globe. A highlight of that job was a trip to Machu Picchu before it was built into the tourist site it now is. A small inn at the site made it possible for her to spend the night and see the ruins in the early morning light before the day’s tourists arrived.

The AIDS crisis of the ’80s would bring a deep sense of purpose to her work as editor of the newsletter for the newly formed Design Industry Foundation Fighting AIDS (DIFFA)—a pioneer in raising awareness about AIDS/HIV, coupled with fundraising and advocacy. The impact of the AIDS crisis would eventually become the underpinning of her novel, Just Like February.

Full-time work would give way to freelance work that afforded time to write short stories that appear in print and online journals, including Many Mountains Moving, Dr. T. J. Eckleburg Review, Akashic Books’ Terrible Twosdays, Every Mother Has a Story, Vol. 2, Open to Interpretation: Fading Light, and Mom Egg Review.

And motherhood would, in the way that serendipity works, spark a shift in careers. Volunteer work in her daughter’s elementary and middle school had her realizing how at home she felt in the school atmosphere. She became a teaching artist, conducting curriculum-based writing workshops via the Westchester Arts Council in New York and the Silvermine Guild Arts Center in Connecticut. She can’t say if she was born to teach, but she can say how gratifying it was to open students to new ways of writing poems and stories. All it took was one good metaphor from a student to make her day.

Read and listen to a selection
of Deborah’s work online 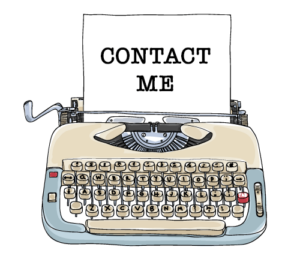