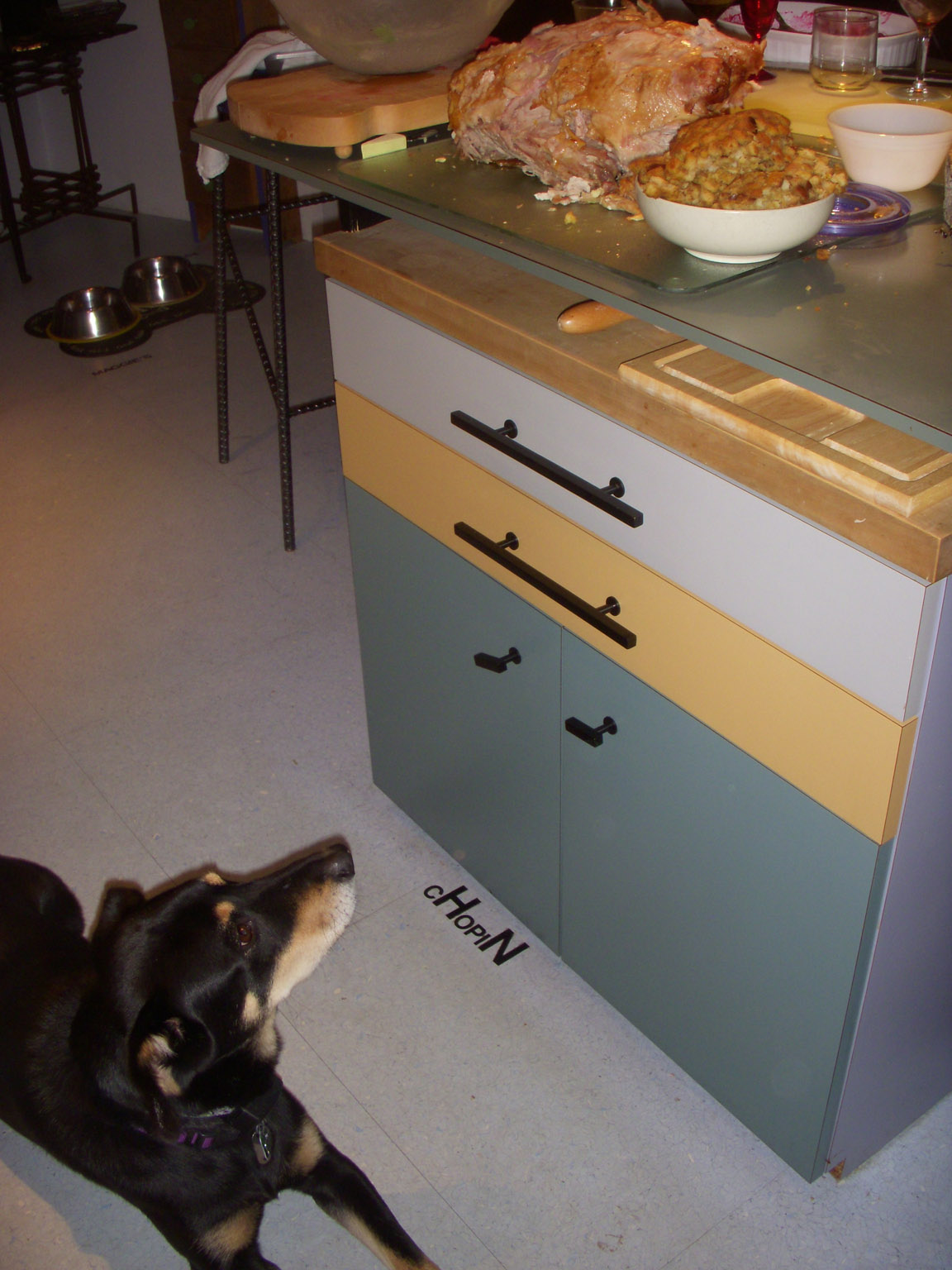 How perfect!—my daughter writes a post about being on the road and my thoughts turn to coming home.

It happens every year. Thanksgiving rolls around, she lives in L.A., I picture her here, the sleepy hamlet of Katonah, NY.

No secret that air travel—even without the added stresses of uncooperative weather—is a nightmare during prime-time holidays.  We talk about how nice it would be to spend Thanksgiving together again. Immediately the memories kick in: our first Thanksgiving in the new house years ago, the dog settled on the kitchen floor staring up at the turkey being carved.  Body language says it all. Any scrap will do.

With so many people booking flights home, planes completely full, you’d think air fares could be cheaper, not sky high.  But commerce is never about heart. And coming home is never just about money.  We pull out the rationalization card—there are 365 days to the year, you can visit anytime, why put so much emphasis on one day?  We remind ourselves that life choices sometimes bring complications. What we think of as ‘home,’ for all the memories and comforts it encompasses, is never the same once we leave it.  Sure, there’s always evidence of our presence, even in reconfigured rooms. But sometimes the very quality of what felt good and safe—in my case, a solid middle-class Brooklyn neighborhood where doors could be left open during the day—gives way to a gradual deterioration.  Home is tinged with sadness. What was, no longer is. You can’t go home again.

For my daughter, three thousand miles away, coming home brings some pampering, yes, and favorite meals cooked by mama, and cozying up to the television as a family. But each visit is a reminder of what’s missing (the dog barking at animals on the TV screen or in a game of catch-me-if-you-can or curled in her bed, a ghost now) and every Thanksgiving recalls that first one in a house that is every bit a home, my husband’s gift for designing space all the feng shui needed.  A wall removed here, an architectural column added there, and voilà—the living room/dining room/kitchen takes on a loft-like feel, a place meant for friends and family to gather.

This year there were nine of us around the table.  At its center was a menorah, which my husband lit as I served latkes.  Gold-foiled chocolate Chanukah gelt dotted the tablecloth like confetti.  One friend brought vodka (my request) to go with the latkes.  I like the sound of it, I told him, vodka and latkes. Just as I like the sound of Thanksgivvukah—the rare convergence of Thanksgiving and Chanukah that last occurred in 1888 and won’t occur again until 2070.  When the sun and moon cross paths we have an eclipse. When the 2013 solar (Gregorian) calendar marks a feast of thanks on the very same day the 5774 lunar (Jewish) calendar marks a festival of light, everything shines a little more brightly. Gratitude goes hand-in-hand with remembrance.

We held up our glasses to someone with us in spirit, seven years gone now, her husband reminded us.  She was the one who started our Thanksgiving-with-friends tradition, all of us living in the city at the time.  We began alternating when I moved to the big exurban house.  I assumed the mantle when breast cancer made her too weak to cook.  When a link is broken, we do our best to hold together the chain. Some Thanksgivings we spend together, some we don’t. This one was as perfect as it gets. Despite (or because of) telling myself I was letting go of perfection this year, the turkey was brown and crisp and juicy.

So instead of picturing my daughter scrambling to the airport to come home, I content myself with texts from her (when she’s in the passenger seat) en route to Davis, CA, with her boyfriend, where she would spend turkey day with her grandmother/aunt/uncle/cousin.  It warms my heart, really. If only I could get past that little ache, the passing years, the letting go, the nostalgia for that thing called family gatherings in a time when generational distance from the fold is more the norm than the exception.

If there is light in your heart, you will find your way Home—

Even if Rumi had in mind something beyond walls and hearths, feasts and comforts, his words have a way of speaking to the moment, and the times in which we live: maybe you don’t have to be fully engaged in a spiritual life to long for the spirit of home. We do the best we can. Realities of modern living make us seek something as close to home (metaphorically) as possible when holidays roll around. We have home pages, homing devices, movies that tell us there’s no place like it. All Dorothy had to do was click her heels three times. All E.T. wanted to do was make a very long-distance phone call.

How can I help but smile? The same Sufi mystic who has me ruminating about home reminds me, in another poem: Personality is a small dog trying to get the soul to play.