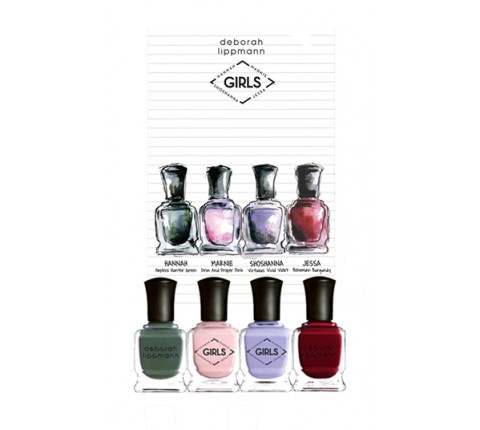 Sometimes I can’t help identifying with TV characters. When I wasn’t even close to Carrie Bradshaw’s age, my friends and I always assigned each other friend roles (I was once comically assigned the role of Comet the dog from “Full House”—I was not happy about this).

When a TV show is based on characters my age, there’s even more reason to see myself in one of them.  I’m talking about “Girls,” the popular HBO series.

I hear a lot of girls say that “Girls” is soooo their life or they are soooo Marnies or Hannahs or whomever.  I’m sorry but since when is that something to be proud of?  Don’t get me wrong, I love watching the show week after week to see how these girls are going to fuck up their lives even further, in almost the same way I get a laugh out of watching Larry David offend everyone he’s ever known on “Curb Your Enthusiasm,” but that’s all it is to me—pure entertainment.  Sorry, Deborah Lippman, I like your “Girls”-inspired nail polish set but I am not a Hannah, Marnie, Shosh or Jessa, nor do I want to be.  The sad reality is I do know some girls who are like the girls of  “Girls” and I pity them.

Lena Dunham is smart.  I’m sure she knew exactly how her show would be perceived.  How can you not compare a show about four women living in New York to its predecessor on the same pay cable network?  She’s also smart because she knew she would reach not only the audience that wants to be just like her and her characters but also the audience that appreciates a good critical commentary on her generation.  She’s got that right, too.  And with her show she becomes, unfortunately, the voice of her generation—my  generation.

I know what it feels like to enter the world at twenty-two and have it not be at all that you expected or were told it would be; hell, I even did it at the worst of economic times. Unlike a lot of my peers, a few years younger than I am, I worked my ass off to get where I am today—something that Hannah and her friends don’t really seem to have done because they don’t really do a whole lot of anything.  They bring a feeling of entitlement to new heights.  They don’t even listen to each other.  Most importantly, they make you wonder why they’re even friends—something  you never questioned on “Sex and the City” because it was always so clear that, despite their mess-ups, they were always there for each other.  On “Girls” it’s every girl for herself.

Yet there’s something keeping them all together, despite their selfish antics.  They’re BFF’s and the “forever” is real.  They’re growing up, and while sometimes that means growing apart a little, on “Girls,” it’s more about whether their friendships will survive than their relationships and whether in their grown-up lives there will be room for each other. These girls, the “Sex and the City” girls, like the rest of us in the real world, have been through so much together: break-ups, make-ups, camp, high school, college, life after college, marriage, babies and sometimes it’s just hard to let go of that connection to someone.

Lena Dunham still doesn’t want you to think you’re a Hannah, Marnie, Shosh, or Jessa though.  Let’s be clear about that. These girls are certainly not role models.  Carrie Bradshaw, on the other hand . . . a girl can never own too many pairs of shoes, and that’s a perfectly okay aspiration to have (as long as you don’t think you’ll achieve it by being a sex columnist for a cheap newspaper).