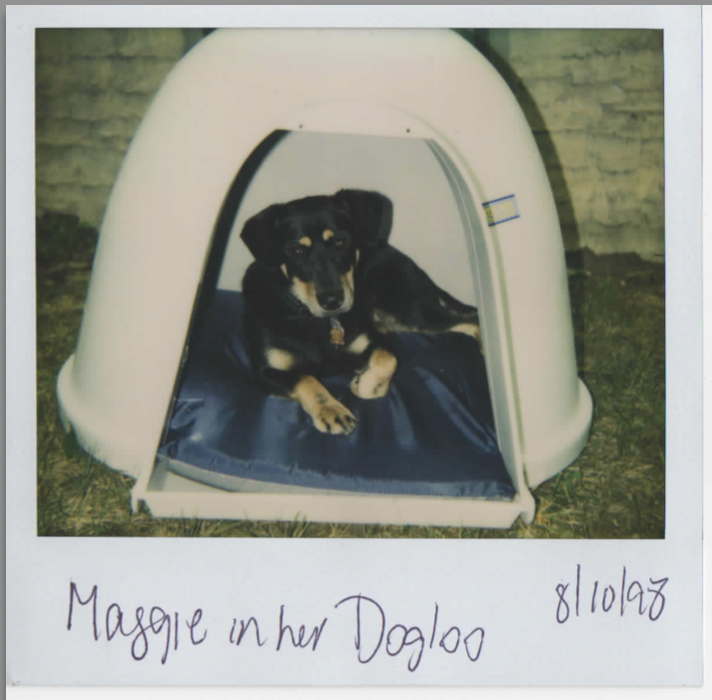 Like many other white Jewish girls from Westchester, NY, I spent the best summers of my life at sleepaway camp. When June rolls around, my camp friends and I, all still in touch, feel nostalgic for what we used to anticipate so greatly. Nostalgia often leads to a slippery spiral of looking at past relics – something we’ve been doing more as we start to try and gather camp memories for our camp’s centennial next July (and we’re not the only ones!! Older generations have already started booking houses a year in advance.) I asked my mom to send me some letters to share with friends and we’ve been discovering some gems.

Well that was cute: Mom, I don’t really miss you, but here’s a laundry list of things I forgot that I need you to send. Keep in mind we weren’t allowed to call home at all for the first two weeks as young campers, so back in the ‘90s all correspondence was through the USPS (I’m told things are a little different now with that ol’ Internet guy). The letters (spanning 1997 – 2002) have a consistent pattern: usually a short update about what was going on at camp, followed by a much bigger list of things I wanted my parents to send . . . magazines, stationery, clothes, candy, CDs (but hidden of course!!). Reading through them made me feel kind of like an asshole. Hi guys! You’re paying thousands of dollars for me to go have fun, but I need more things! My mom, being the dear that she is, sees it differently. She said that I’m not a bratty asshole and to her, these letters were just reminders of how much fun I was having away from home and how happy she was that I was happy riding horses or practicing my tennis swing.

I did write home occasionally without asking for anything.

I’m sure my mom loved finding out about a car accident through a letter! It couldn’t have been that bad: I mean we still continued the hike that day. Worse was getting lost on Mt. Washington five years later, like really lost, for about five or six hours maybe? And having to be guided down the mountain by professional hikers.

The funniest things about these letters are the reminders of how much I haven’t changed – and I don’t mean that in a bad way. Every young girl (and adult girl, I might add) confides in her mother in ways that she doesn’t necessarily confide in her dad. Please DO NOT tell dad that I used tampons for the first time and that I need you to secretly send me some because, ew, Dad doesn’t want to hear about my period. These days it’s more of the Don’t tell Dad I bought a new pair of shoes variety (Don’t worry, Dad, I didn’t–just giving an example!) or Don’t tell Dad I was in a car accident. (It’s okay, Dad, that one was like four years ago and you know about it by now).

Obviously it’s perfectly okay to tell him not to wear a Speedo on visiting weekend, though – something he threatened me with every summer.

Six years after my first summer my grammar has improved quite a bit and so have my letters, I think! I’m still into pop culture (later that year when Catch Me If You Can  and Gangs of New York come out, my love for Leo will return), and I’m now  comparing my parents to the Osbournes because all my friends thought they were like Sharon and Ozzy. Turning 16 my last summer of camp was a big deal. My birthday was always after camp ended, so I needed something to look forward to like possibly a Jetta (it only took another six years to get one!!). And peaches.

Another consistent thing . . . I cared a lot about my dog. I even wrote her a letter. The hardest part about being at camp, or at college or across the country, is the relationship we have with the pets we left behind. You know why? Because it’s a physical one. We can’t talk on the phone. They can’t write to us or tell us how they’re feeling. We can picture them wagging their tails, but it’s not the same. Thanks to things like Skype and FaceTime we can have a little bit more of a relationship with them, but let’s be real – they can’t really hear us or see us and they have no idea what’s going on.

And it’s sad, too. My last memories of my dog through FaceTime were of her suffering through lymphoma. This was years after my camp days and witnessing her slowness and skinniness through a shitty camera really sucked, even if it reminded me that she was the reason I left camp early my first summer. Trust me I DID NOT want to leave early. There were lots of tears and lots of silence in the car ride home, but I really wanted a dog. This dog I ended up finding was the only thing worthy of me leaving camp early my first summer, and I’ll never regret it.

As we prepare for the centennial next year, my non-camp friends still like to tease me about how much I loved this place. I, personally, don’t think there’s anything crazy about loving something so much that brought you together with some of the most wonderful people you’ve ever met. My favorite travel buddies to this day are my camp friends. A few of us had an epic time in Spain a few years ago and got along so well because of the things we went through as young teens. At one of our friend’s weddings, the bride explicitly told us that the groom did not want us doing any camp songs or cheers. This was a wedding, not a camp reunion. Sorry, Kyle, it was really a camp reunion, because we ate all your rejected cake the night before (one of our group is a talented baker and cake decorator, who made the wedding cake; Julie Horowitz, I am plugging you here: http://duckscakery.com), while looking at old pictures, reminiscing, and drinking wine.   The memories are priceless and the friendships last a lifetime. What’s there NOT to obsess, or get a little nostalgic, about?