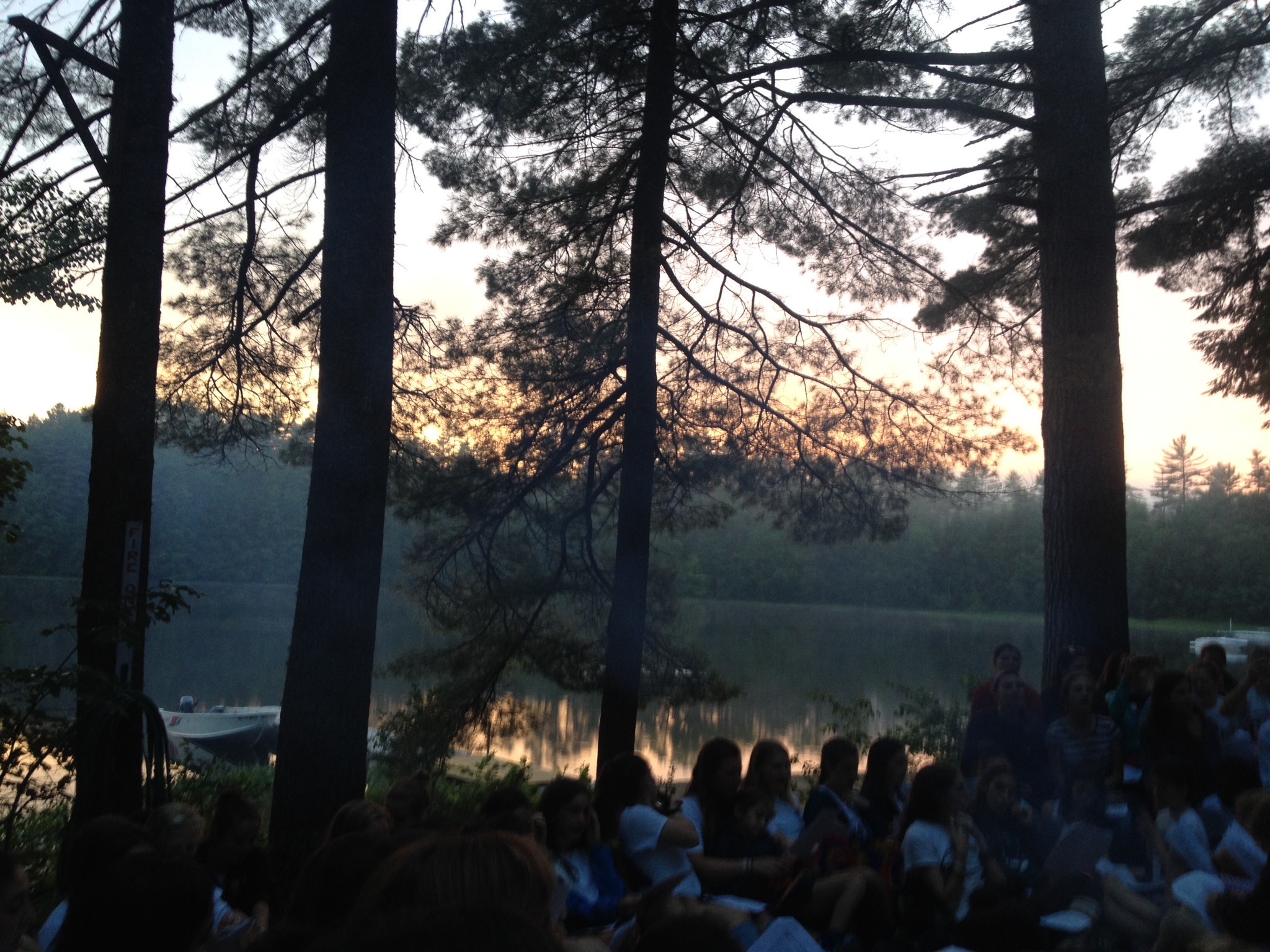 It’s 1 o’clock on a Saturday in Maine and my friend and I are frantically running around a local grocery store. We’ve been tasked with the real struggle of food shopping for the weekend for twelve women we are renting a house with. We brainstorm to accommodate the different food restrictions and diets in our house: we’ve got vegetarians, celiac sufferers, low FODMAP followers, people on diets, people not on diets (to say that we once came from a simpler time would be an understatement). But I’d say that managing a 99% success rate in pleasing our friends with our food choices is something to be proud of (I mean gluten-free graham crackers for s’mores, HELLO!).

Let me backtrack. I spent the best six summers of my life at an all-girls’ sleep-away camp in Maine — probably the greatest place on Earth you didn’t know you were missing out on (if you didn’t feel that way, I’m sorry — it was probably Julie Horowitz who put pine needles in your bed). Every five years, the camp celebrates its anniversary and invites former campers to come back for a three-day reunion. I missed 2010’s because I thought my job was more important than taking a few days off at the time and have regretted it every day since, so I was not going to miss 2015, which also happened to be the 100th anniversary year. Of the twenty-one girls who made it through to our last summer as campers, twelve of us were able to make it to Reunion. I’d say that’s a pretty neat turnout. And we got to mingle with campers from as far back as the ’40s, with every decade between then and now in full representation.

Aside from catching up with old friends I haven’t seen in 10-15 years, it was very cool to talk with campers from before my time and discover that we may all have our own stories, but our experiences were so much the same. Traditions from as far back as 1916 still exist, like the Honor System the camp was founded on and the deep trust we all have for each other because of it. Songs written by campers in the ‘60s are still sung (and campers from different generations still complain that they’re not being sung “right” or in the correct tune). Current campers tell us how much they loved our theme uniforms and looked up to as a “cool” bunk and then proceed to tell us that they were born the year we were in our final bunk, Bunk 12.

For all that has stayed the same, some things have changed: sure, there’s been the expected updating of facilities but other things—like a warning on our welcome packet that camp is now “nut-free” — reflect changing times and an increased sensitivity to individual needs. Much like my food shopping excursion, I think it stems from a good place, a desire to make sure that everyone can enjoy an experience equally (as a vegetarian camper 15 years ago, I would really have appreciated all the vegetarian/vegan/gluten-free options now available; one can only eat so many veggie burgers and so much vegetable lasagna). I’m sure the underground food exchange has changed, too. While we weren’t allowed to have candy in our bunks because of obvious rodent and bug concerns, we hid it anyway. You can bet I’d be hiding peanut butter and almond butter in this day and age!

I think that it’s fair to say that camp has just had to change with the world. (Helicopter moms, please chill out and back off, your daughters will be fine; I mean my mom seemed to cope perfectly well with a letter written home about being in a van accident on a trip when I was 11 and getting lost on a mountain when I was 15!) All of which makes me feel very lucky to have been a camper in simpler times — my last summer was the first summer that parents were allowed to send emails (they were printed out of course, since we didn’t have or need Internet access back then). Do parents even send snail mail anymore aside from filling requests for packages of things that their daughters forgot or “need” or more accurately, want?

The long weekend culminated with a campfire at “Peace Circle” — a place not only named for its serenity on the lake, but as I learned this weekend it also marked the end of World War II. On August 14, 1945, the former owner of our camp, who was a truly amazing woman to anyone lucky enough to have known her, apparently interrupted dinner when it was announced on the radio that the war had ended and took everyone down to this spot by the lake for a true moment of peace. We sang songs in reflection of what our camp experience means to us and sent out candles on the water for those of us who couldn’t make it or were no longer with us. With no dry eye in sight, we said our goodbyes and promised to return in five years. You can sure as hell bet that I will.