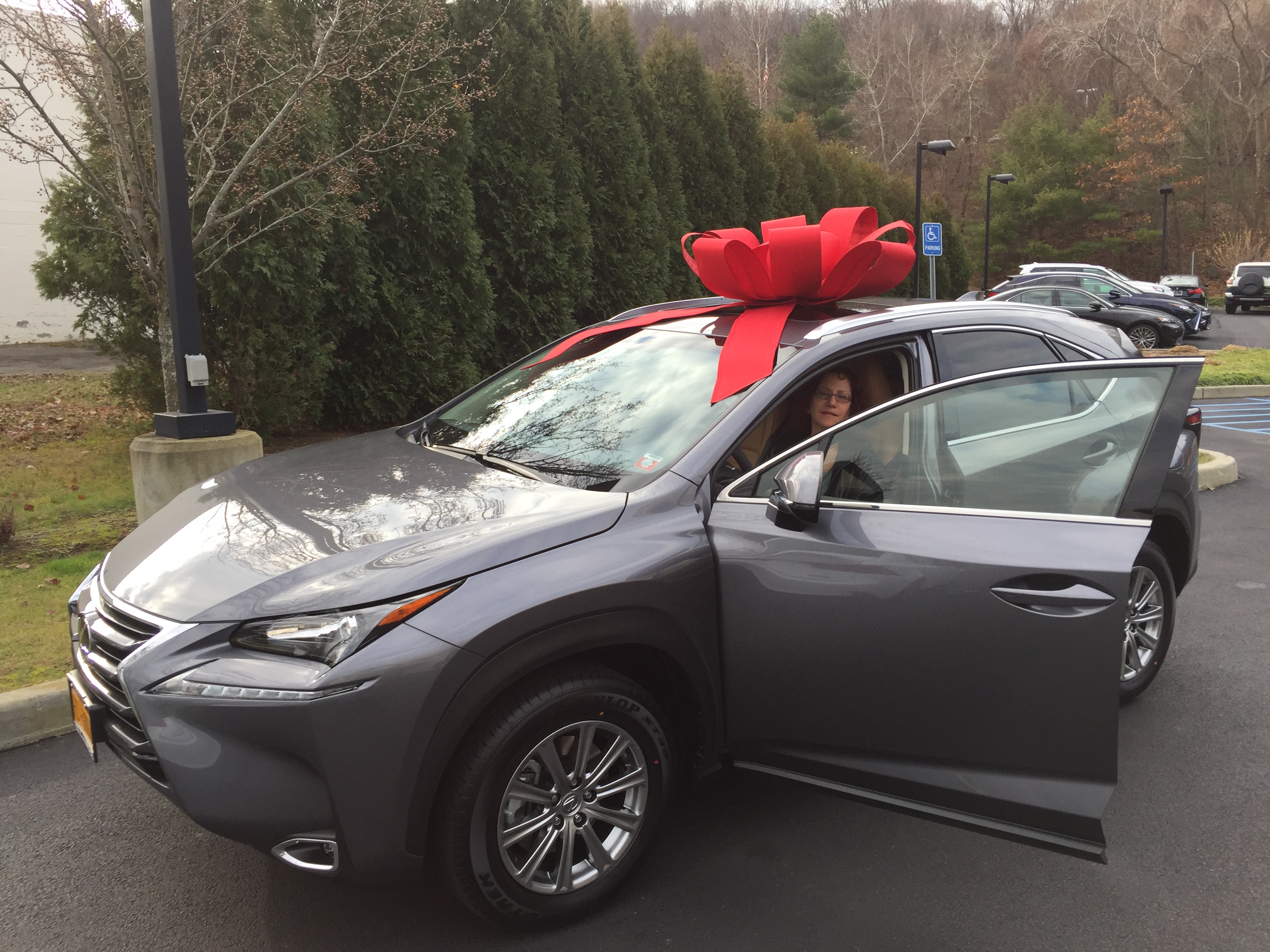 I don’t really remember the first, first car my family bought other than that apparently my parents listened to almost five-year-old me when I requested “fire engine red” and that we bought it from the same car dealer from whom we would buy two of our subsequent cars.

I do remember the excitement of buying my own first car, a used Jetta, when I moved to Los Angeles after college

and a few years later the overwhelming feeling of buying a brand-new car and getting its butt whipped by Mother Nature the first week I owned it.

happens in the middle is a nuisance, physically and financially.

Yet for some reason, as my parents watch our family car of nineteen years go down the driveway for the last time, I feel a sense of nostalgia. The many trips up to sleep-away camp, moving into college, moving other people into college, going to visit family and friends along the East Coast and Midwest, the rusty no

w POS has been a lot of places… it was even on the receiving end of the first car I got in an accident with (sometimes going in reverse in your family’s fire engine red car on your last day of high school is hard, and the big family truck gets in the way, just sayin’).

I will admit going from a 2002 model car to a 2014 model car does feel a little like going from the Millennium Falcon to a First Order Space Ship. There are many new bells and whistles evident with the obvious technology changes over twelve years. So you can imagine what fun it is for me to watch my mom stepping into the future when she was surprised with a new car for her birthday this year. Imagine not having to turn on your car ten minutes before you have to leave to defrost the windows in the fall and winter. It’s cute to watch, although she does clutch the steering wheel like she’s 66 minus 50 and learning to drive again. I teasingly offer to give it its first scratch, since I’m a pro at that, so that she can get over the fact that it’s nothing more than “just a car”—something she reminded me of last Mother’s Day.

I don’t know who first said it, but I often hear the expression, ‘it’s not the destination, it’s the journey.’ Okay maybe it came from Homer and The Odyssey, or at least it sounds like something Odysseus probably felt when he finally returned home. Despite these toys just being cars, we spend SO much time in them. My friend and I will forever laugh about our journey getting from LA to NY in an orange Fiat—a car I’m glad my dad never sat in until after our road trip was complete. It’s hard not to associate these journeys with the (hopefully) reliable things that get us along on them. I mean, I’m sure that it was sad for pioneers on the Oregon Trail when their wagons tipped while trying to float across a river, or an ox died due to hunger or disease. It’s the same thing, right? Unless you owned a modern day Jetta, in which case, peace out, bitch.