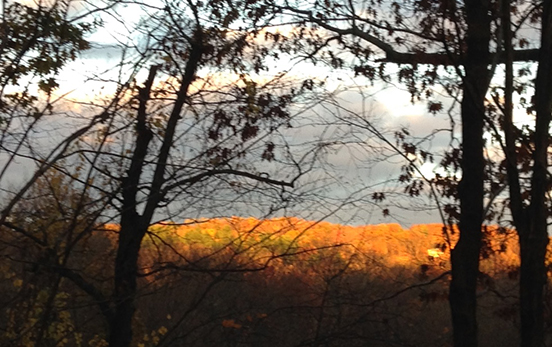 Seasonal lore tells us that March conjures the lion and the lamb, September those back-to-school rituals some of us loved, others not so much. The other night a mountain lion surfaced in a dream. I could give any number of reasons why this strong, sleek, beautiful creature paid a visit to my unconscious at this particular moment in time. More important, she (or he) got me thinking that the king of beasts has moved on to a different season, with a vengeance. With or without climate change to explain the ferocity of Harvey and Irma, hurricanes are a given in September.

Leaves have already begun to lose their vibrancy, which always brings on a touch of melancholy.  The Jewish New Year, with its message of repentance and renewal and all the memories evoked, is around the corner. Known as the Days of Awe but informally referred to as ‘the holidays’ in the solid, middle-class Jewish world I was raised in, they would either be early or late. That’s what you get when dates marked by a lunar calendar are measured in relation to the Gregorian (solar-based) calendar that rules our day-to-day secular lives. So be it. We live our lives according to the rituals that ground us. The calendar is a construct of convenience.

Even with the ache for all that’s gone from my life, I’m energized this time of year, revved up by the crispness of autumn. Ingrained patterns die hard. Those lazy, hazy days may have always been a welcome break from school days, but come September I’m headed (in my memory) to that windowless shop around the corner from my home, filled with the particular scent of fresh school supplies. Shopping for notebooks and briefcases (no backpacks back then), pencils and pencil cases meant a clean slate of things to learn.

As summers go, this one in the Northeast has had very few days, relative to summers past, of hot, sticky weather. We may still get a hurricane, hopefully not, but we’re bound to get a spell of summery days in late September, so often around ‘the holidays.’ If I can’t find a satisfactory answer to why we call it ‘Indian summer,’ I accept it as a Mother Nature’s reminder that shifting seasons are fluid.  This year brings a ‘late’ Jewish New Year, a day shy of the autumn equinox but always in sync with a full moon.

Memories are fluid, too, If you’re lucky, you get to soften with age and the hard memories that make the body contract with bitterness or anger loosen their grip. There’s no real wishing them away, there’s just the acceptance that the past may inform the present and future, but it doesn’t have to rule it. Maybe it’s true, you can’t go home again but you can pick and choose the memories that nourish the soul and soften the heart.

Several years back, I answered the back-to-school call by taking a graduate-level refresher course at Sarah Lawrence College on how to read a poem. We analyzed poems, delved into prosody, which brought new levels of insight into familiar and unfamiliar poems.

Season of mists and mellow fruitfulness . . .

The very first lines of Keats’s “To Autumn” forever have the ring of a tongue-twister, and I think that’s the point. Cold air mixed with warm brings on the mist and with it the smell and taste and crispness of those first apples of the season. Senses are heightened with great poems, whether or not things make sense. The more I read this ode, the more I can’t help see the mix of emotion this time of year as part of the fabric of autumn.

Where are the songs of spring? Ay,  where are they?
Think not of them, thou hast thy music, too—

Leaves are dying, yes, but before they drop, the trees become bouquets that can only be classified as glorious.