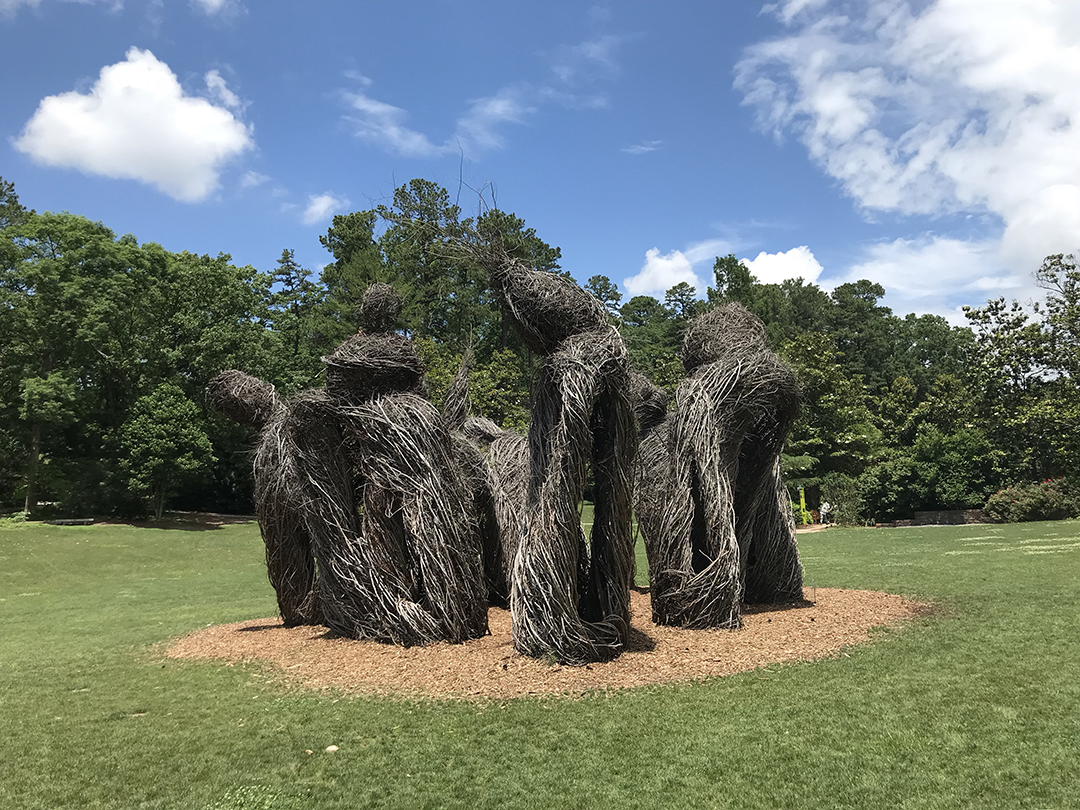 As morning rituals go, sipping coffee and reading are a constant, sometimes following meditation, sometimes a meditation of its own. Autumn and winter I have my indoor perch. Springtime and summer find me on my deck.  This week has me caught up in The Quantum and the Lotus, as perfect a follow-up as it gets to Richard Powers’s The Overstory.  It’s a brilliant novel and not the first time I’ve been awed by the author.  Anyone who can integrate a knowledge of physics and music the way he does in both The Time of Our Singing and The Goldbug Variations has my attention.  Anyone whose prose is lush and poetic gets right to my writer’s heart.

The interconnectedness of things, with its Buddhist undertones, is at the heart of his latest novel, so why should it surprise me that the book now calling out to me is a dialogue between a Buddhist monk and an astrophysicist born into a Buddhist family?

Hard not to marvel at the way the mind works.

Hard not to smile when distraction takes the form of a bird call. It’s a very particular call, a two-note flirtation. I can ‘t see the bird, and that’s probably his point. But my need to identify him has me searching the Internet.  This little bird, apparently a Black-capped Chickadee, issues a mating call that’s as close as it gets to what we think of as a catcall. How is it that the two-tone harmony enchants me when it’s coming from the bird and irritates me when I hear it from a man?

This particular chickadee appears to be perched somewhere in one of my Locust trees. Barely two weeks ago this Black locust was dripping with clusters of fragrant white flowers that had me realizing there were more trees of this variety on my property than I was ever aware of.  In the cyclical way that Mother Nature works, this may have been a particularly abundant year for those

flowers. Or maybe attention to my surroundings is becoming more fine-tuned. Part of my motivation for leaving the city years ago to take up residence in the exurbian world was to be able to tell one tree from another. Sometimes local friends give me answers. Sometimes I resort to Google. Oak trees are easily identifiable but now I take pride in singling out a Hickory, an Elm, a Linden. A Black locust whose flowers fill the air in a way that almost intoxicates me.

The flowers have dropped but now I have my wild roses, another bit of flora I needed help identifying. For my first years up in Northern Westchester there were no wild roses on my property though I’d be captivated by the sight and scent of them on my walks. One spring just a few years back they landed on a Barberry bush alongside my driveway. That’s what they do, attach themselves wherever they see fit.   And that’s

what I love about them most, besides their fragrance.

I’m not by nature a gardener but I do have a beautifully evolving landscape, a product of my husband’s vision, coupled with a gardening guru who does her magic. When he sees bees hovering around the Catmint my husband is happy. Doesn’t matter whether Einstein ever really said we’re doomed if bees disappear from our world; what matters is that enough people, including my husband, know there’s wisdom to this prophecy.

“A forest knows things,” says a central character in The Overstory. “They wire themselves up underground. There are brains down there, ones our own brains aren’t shaped to see. Root plasticity, solving problems and making decisions. Fungal synapses. What else do you want to call it? Link enough trees together, and a forest grows aware.”

Even if I grapple with comprehending a world in which everything I see and touch exists as an independent, immutable thing in contrast to a reality premised on interdependence, the combined wisdom I glean from a great novelist, a Buddhist monk, and an astrophysicist lead me in the direction of knowing things we don’t know we know.

Then there’s Shel Silverstein: “Once there was a tree. . . and she loved a little boy.”