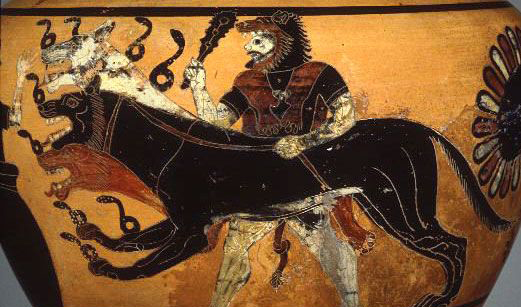 II you’re a mother (even if you’re not) picture this scenario:

It’s the ‘80s.  You’ve been invited to Michael Jackson’s Xanadu,  otherwise known as Neverland, with your adorable, talented seven-year-old son. Once he caught Michael’s eye in a dance competition, the two-way spell was cast.

Your son, it appears, will be sleeping in the prince’s quarters, Michael’s bedroom itself. You’re a guest, invited to fend for yourself. Is this ignorance on your part, naiveté born of not believing it’s possible that Michael Jackson would do anything inappropriate to your innocent child?  Is it a form of being blinded by the thrilling light of Michael Jackson?

As it’s told, the two boys at the heart of the HBO documentary, “Leaving Neverland,” were nothing short of Michael Jackson’s boy toys. And to hear them, in their own words, give the graphic details of their sexual ‘awakening’ is seriously more than I could bear.

If you watched, or plan to watch, the documentary—and if you’re anything like me—you’re likely to find yourself on this side of revulsion during the first part especially. Compassion certainly kicks in for what the men endured and how their demons finally forced their hand.

While I wouldn’t call myself a Michael Jackson fan, I certainly appreciated his musical genius. His early ‘80s songs always got me onto the dance floor. I’m a sucker for “Billie Jean.”

So why did I watch?

Well, like all things we watch with a certain incredulity, we keep thinking there’s going to be a turning point to justify our time and attention.  There is no cutting to the quick here when viewers bear witness to the distanced specificity with which James recalls the first episode of what is by all measures abuse but is meant to be something of a teaching moment for a young boy in love and in awe of his hero.  He was seven years old.  His parents put him into the fire. He endured it for seven years. Wade’s experience was very much the same.

In recounting their experiences, both men have what would seem a measured, muted demeanor, almost as if they are those young boys again, albeit emotionally distanced by time. Without the therapy that started the healing process for them, going public like this would not be possible. Their mothers figure prominently in the documentary, doing their best to recall how they were drawn into acceptance of whatever Michael asked.  He was generous to them. Good-spirited. No way could he harm their sons, or so it would seem from their acquiescence.

To even ask if anything strange was happening behind closed doors would have gotten them nowhere. More than instructing the boys in the ways of pleasure, Michael taught them the importance of silence. People might get the wrong idea.

I bristle even as I write.

Michael Jackson was a pedophile.  And even when he was charged with his crimes, Wade and James were put on notice: say nothing. There was a sense, too, on their part of saving Michael.  As James tells it, Michael would cry when he left. This young boy robbed of his innocence was afraid Michael would turn into the werewolf in “Thriller.”

Wade explains his reasons for lying at the trial: “That person is your whole life.  If I tell the truth, it would shatter.”

To sit through the documentary, as either of their mothers, is to be shattered.  Wade’s sister says she worried that her mother would kill herself. I could readily imagine wanting to do the same. Oprah Winfrey, in a televised follow-up to the documentary that was actually a preview screening with an audience of mostly sexual abuse survivors, asks if the men have come to a place of forgiveness with regard to their mothers.  Wade suggests it was all a big seduction, and, yes, he blames his parents. As to forgiveness, he’s still working on it.

It’s a journey, as James puts it, and it’s something he’ll be working on his whole life.

Hard-core Michael Jackson fans may not buy this truth about their hero. The men have endured death threats. In answering a question about his lawsuit against the Jackson estate, Wade said it was never about the money. In the world in which we live, alas, the only way to get the estate to pay attention was by suing.

Even as I try to contemplate how what appears to be so painfully true can be spun into another episode of ‘vilify the victim’, I bristle.

Mythology tells us again and again how the pantheon of Greek gods played with human frailty, pitted heroes against monsters.  Sometimes I can’t help but see that pantheon played out in the worship of entertainment heroes, especially come Grammy and Oscar time.

Mythology tells us, too, the story of Persephone and her abduction by Hades, god of the underworld. Her disconsolate mother, Demeter, brings vengeance by creating a famine on earth, until a rapprochement (more a trick) is reached wherein Persephone spends six months on earth and six months in the underworld.

Buddhism suggests there’s no internal peace, no enlightenment without forgiveness.

We all have traumas, small and large ones, embodied within. Sooner or later they haunt us in insidious ways. Even if I can’t ever imagine allowing a child of mine to sleep in the room of an adult stranger, I can imagine how blame and misjudgment wreak havoc on our sense of perspective in the blinding light of a false god.

I can imagine, too, the monsters that will forever haunt the mothers of two boys once lost in Neverland.

One thought on “Gods. Heroes. Monsters.”