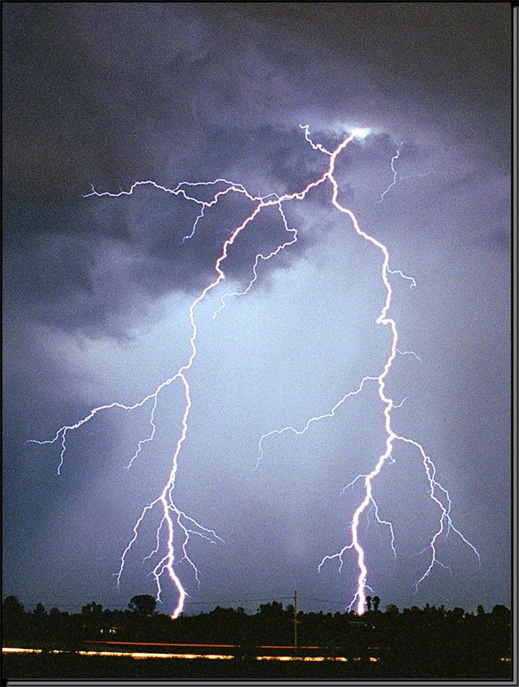 Night becomes day in the wee hours of the morning, the sky a sound and light show that has me captive in bed. I cannot, will not, move.  Relentless, pounding rain has that effect on me.  The lightning and thunder are almost a relief, a break in the rhythm of the downpour. The  previous owners of the house I live in had a zip line for their dog to run along.  I’m told the line was once hit by lightning.  The story could have had a much more electrifying ending, an urban legend about a dog in the wrong place instead of the right one (indoors, thankfully) at the wrong time.  But now it’s my house, my story. And somehow it is the power of water  – to drown the roots of trees, seep into walls, cause a roof to cave in  – that terrifies me more than the bark of thunder, the bite of lightning on this dark and stormy night.

Proverbs, sayings, aphorisms – call them what you will – would seem to be out of place in a modern mindset that mostly begs for absolutes. ‘Know before you go,’ says the man who gives me the weather forecast on the radio and the woman who alerts me to traffic hotspots.  How ironic that it was science and reasoning that gave rise to what we call the Age of ‘Enlightenment.’ Fact: lightning does strike twice (even thrice ;-)) in the same place, which of course has little bearing on our belief that it won’t.

What it boils down to, really, is the faith we place in odds. Not to mention the staying power of metaphor.  When I see Olympic runner Morgan Uceny stumble, I see a streak of lightning – this can’t be happening again – flash through her mind as her lightning feet are caught in a tangle.

Well, yes, in the sense that study and training, tenacity and determination (If at first you don’t succeed . . .)  lay the groundwork for those moments of insight and/or breakthrough. But chance is sometimes a trickster, or worse, asleep on the job just when you want/need her most. Each time the Summer Olympics roll around, I can’t help but conjure the image of Gabriela Anderson-Schiess who had me holding my breath every staggering moment it took her to finish the 1984 Olympic Marathon in Los Angeles. It was the first year women ran the marathon. She was a world-class runner, as prepared as anyone could be. I was not in her league, even in my best days as a runner,  but I know the import of a personal best and what it means to discover something you did not know you had in you.  I know the sheer will of pushing past a wall.  There’s a reason I’m a writer.

Gold. Silver. Bronze. I marvel at the singular focus, the steady gaze, pure concentration, in the moment. I marvel, too, at how all the blood and sweat it takes for an athlete to make it to the Olympics will dissolve into tears if the grand prize her eye has been cast on slips from her reach.

And I marvel at the spirit that brought poems raining down on London back in June, a literary prelude to the Summer Games that highlighted the Poetry Parnassus Festival. According to Tom Perrotet’s enlightening brief history of poetry’s relationship with the Olympics, “In ancient Greece, literary events were an indispensable part of athletic festivals, where fully clothed writers could be as popular with the crowd as the buff athletes who strutted about in the nude, gleaming with olive oil.”  In more recent times, thanks to the vision of Baron Pierre de Coubertin (a poet himself), “literature, together with music, painting, sculpture and even architecture, became Olympic events in the so-called Pentathlon of the Muses.” Imagine!  In the end, Olympic poetry as an ‘event’ proved too contentious to survive, but there’s no escaping the mark of the poet in this year’s London games: just take a peek at Priscilla Uppal, who served as Poet-in-Residence on behalf of Canadian Athletes Now, reciting her poem,  “Obsessive Compulsive Cycling Disorder.” Every bit as good as gold.