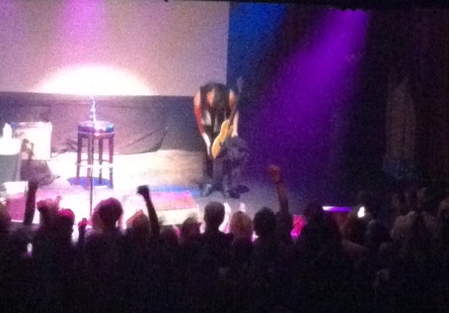 A favorite quote of mine – Life is not measured by the number of breaths we take but by the moments that take our breath away – has me somehow thinking about the ways in which we measure success. Yesterday marked Labor Day, a licensed refrain from what we do day in/day out. Labor, with that first stressed syllable, is a weight-bearing word.  Toil long and hard enough, we’re told, and you might hear the whistle of success.

The singer/songwriter known as Rodriguez labored for decades as a construction worker in Detroit, no clue that his records were selling like hotcakes in South Africa in the ’70s and ’80s. Two ardent fans, wanting to verify stories about his death (Self-immolation onstage? A bullet to his head?), discovered, via that ‘new’ thing in the ’90s known as the Internet, that he was in fact alive.  The wheels were set in motion for a triumphant concert in South Africa, 1998. Later would come the extraordinary documentary, Searching for Sugar Man, Swedish director Malik Bendjelloul’s labor of love.

And now the tour, live shows formulated on revival and redemption. Better yet, they remind us of what we miss when a talented musician slips into obscurity.  New York’s Highline Ballroom, where I saw/heard Rodriguez a few nights ago, was a perfect venue for an acoustic show, his voice softened by time. He is seventy years old, after all. He needs assistance walking up to the microphone. Without so much as a nod he launches into his first song, a cover, “I Only Have Eyes for You,” a tease of sorts, easing his way into the set, selections from his two CDs. For that small percentage of long-time fans in the audience, I imagine exhilaration of the pinch-me, I-never-thought-I’d-see-this-day variety.  For the bulk of the audience, the documentary and/or ensuing press settled it all: this is someone I have to/want to see perform.

A gifted musician deserves his day. Even if something in me wonders  whether the tour is too much for him, I’m here. All ears. All eyes.  Caught up in the poignancy of it all. Not to mention the wish that I’d known/heard of Rodriguez forty years ago.  If I had the chance, I would ask him how it feels, all this recognition long after the prime years of a rock musician. I think I know what he might say.

He is the real deal, a man who exudes humility, a smile as infectious as is it gets. He makes sure to say he’s voting for Obama.  He engages his audience with a quiet wisdom and wry sense of humor: “We do music for the girls. [pause] And we do it for the pleasure.”  His presence is poetic.

The moon is hanging in the purple sky

The baby’s sleepin’ while its mother sighs

Rich folks have the same jokes

and they park in basic places

The priest is preaching from a shallow grave

He counts his money, then he paints you saved

Talking to the young folks

But they meet in older places.

So don’t tell me about your success

Nor your recipes for my happiness  . . .

This is the song on Cold Fact that I find myself listening to over and over, though it’s easy to see why I Wonder, with its upbeat, catchy tune (a ruse for the edgy lyrics) became an anthem for South Africans during apartheid.  As a man sitting near me at the show put it: “There were the Beatles, and there was Rodriguez.”

Success. On days when I’m so engaged in what I’m writing that not even a tweet can distract me,  there’s nothing I want/need more; work, its own reward, is what sustains me. On days when I’m brought to tears by, yes, rejection needling me with self-doubt, the carrot that feels so within reach (but keeps managing to elude me) starts to take on a bitter hue.  Those are the days I find myself reexamining (ad nauseum) what it is we call success, a variable commodity if ever there was one, as fickle as they get.  No better antidote than listening to some music, maybe a song or two by Rodriguez.