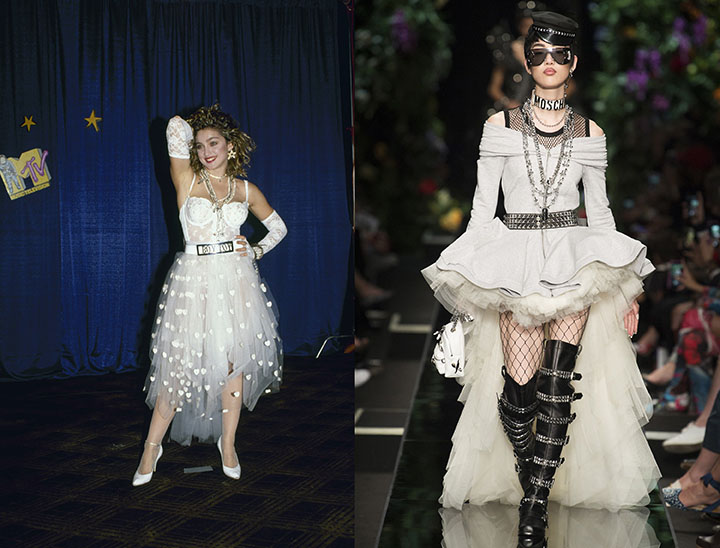 It’s a truth universally acknowledged that lipstick and shoes are economic indicators: during tough times both lipstick sales and heel heights are up.

So what does it say when Vogue takes a look at ‘80s nostalgia in recent couture shows?   You could chalk it up to some marketing maven’s spin on the more the things change, the more they stay the same. Or maybe there’s something in the air, culturally (not to mention politically) speaking that’s taking us back to the ‘80s.

Think about it. First came American Psycho on Broadway just when the personification of the greed-is-good mindset finagled his way into the White House. 2016 also brought two major Robert Mapplethorpe exhibitions in L.A. that became jumping-off points for an HBO documentary on the artist.

‘Stranger Things,’ the Netflix hit series set in the ‘80s, was spawned that year. I caught up, and fell in love with it, in all its innocence and strangeness, a year later. A stroke of not-so-strange genius in casting Winona Ryder (think Beetlejuice,1987) as the mother who knows like no one else that something is rotten in the town of Hawkins?

Innocence may be the operative word here. After the letdown of the ‘70s weren’t we oh-so-ready for the ‘80s, one day footloose, another day burning down the house? That’s the way it was for anyone who just loved rock ‘n’ roll. Concerts and clubs did not feel like danger zones.

There was glamour and, yes, greed. There was Ronald Reagan. There were hints of a mysterious gay plague no one would ever believe it would be as bad as it would end up being.

Looking back now maybe it had the feel of a last chance, even a last dance. Frank Bruni, in the opening essay to the April 17 issue of the New York Times T Magazine focused on the early ‘80s in New York, reminds us that “People lived larger and louder than they had just years before. They also died younger.” And maybe the revival of so many things that echo the ‘80s is here to remind us what a threshold decade it was. Hippies took a back seat to Yuppies. E.T. cast a spell, the Berlin Wall came down.  We were gripped by a royal wedding, fairy-tale style, a woman became the first Supreme Court justice, another woman the first vice presidential candidate.

The environmental disasters that marked the decade—Bhopal, Chernobyl, Exxon-Valdez—were warnings that gave rise to a certain amount of regulatory guidelines but here we are decades later threatening to turn back the clock.

Maybe that’s the real conundrum of the times in which we live:  there’s no turning back from what technology, ‘90s style and beyond, has wrought, even if it has us longing for a kinder, simpler time.  Put to its best use, that same technology makes it easy to relive—and build on—those ideas and moments from an earlier decade that have as much relevance and resonance now.

Could there be a better time than this for a revival of Tony Kushner’s epic play, Angels in America, with its undercurrent of secrets and lies, love and death, corruption that seems mild by today’s standards?

AIDS may not be the death sentence it once was, but it’s still with us. Celebrities like Rock Hudson and Magic Johnson gave HIV/AIDS a high-profile face but it took lots of good people acting up to make the government pay attention. The decade that saw men beaten up by police for being gay also brought them out into the streets in anger and pride. No small irony that it was a decade also marked by the brutal beating of a black man by a group of white men in Howard Beach, Queens. Decades later, there’s no room for complacency.  We’re still fighting for health care, equal rights, equal pay. Gun control. If the medium is the message, we have Twitter and Facebook at their best, and worst, to bring visibility to the fight(s). We also have the ‘80s to thank for the way it took protest branding to a new level.  The powerful, provocative Silence=Death poster/slogan paved the way for pink pussy hats and Black Lives Matter.

So, let’s put on our red shoes and dance. The Donna Summer Musical is lighting up Broadway.  She’s Gotta Have It, Spike Lee’s 1986 debut movie, is having an updated Netflix reincarnation. Cats, gone from Broadway, is on to its next life in a North American tour that includes Providence, Chicago, Raleigh, and Los Angeles. And let’s remind ourselves, it’s not so much about going back as it is about recognizing all we got from an era that changed our lives. 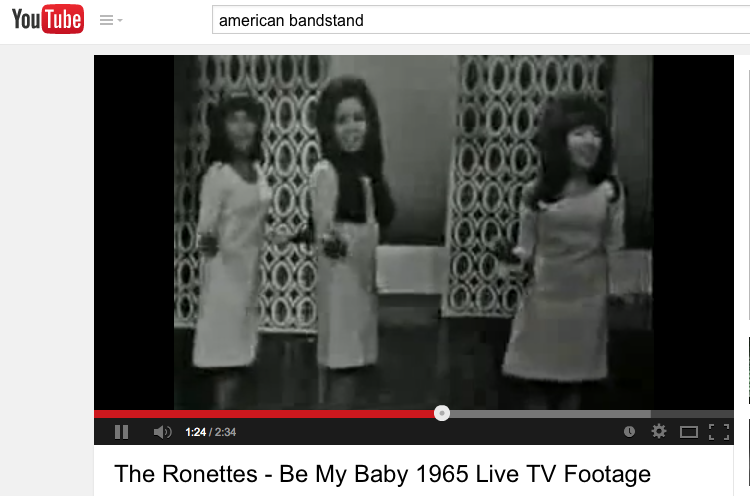