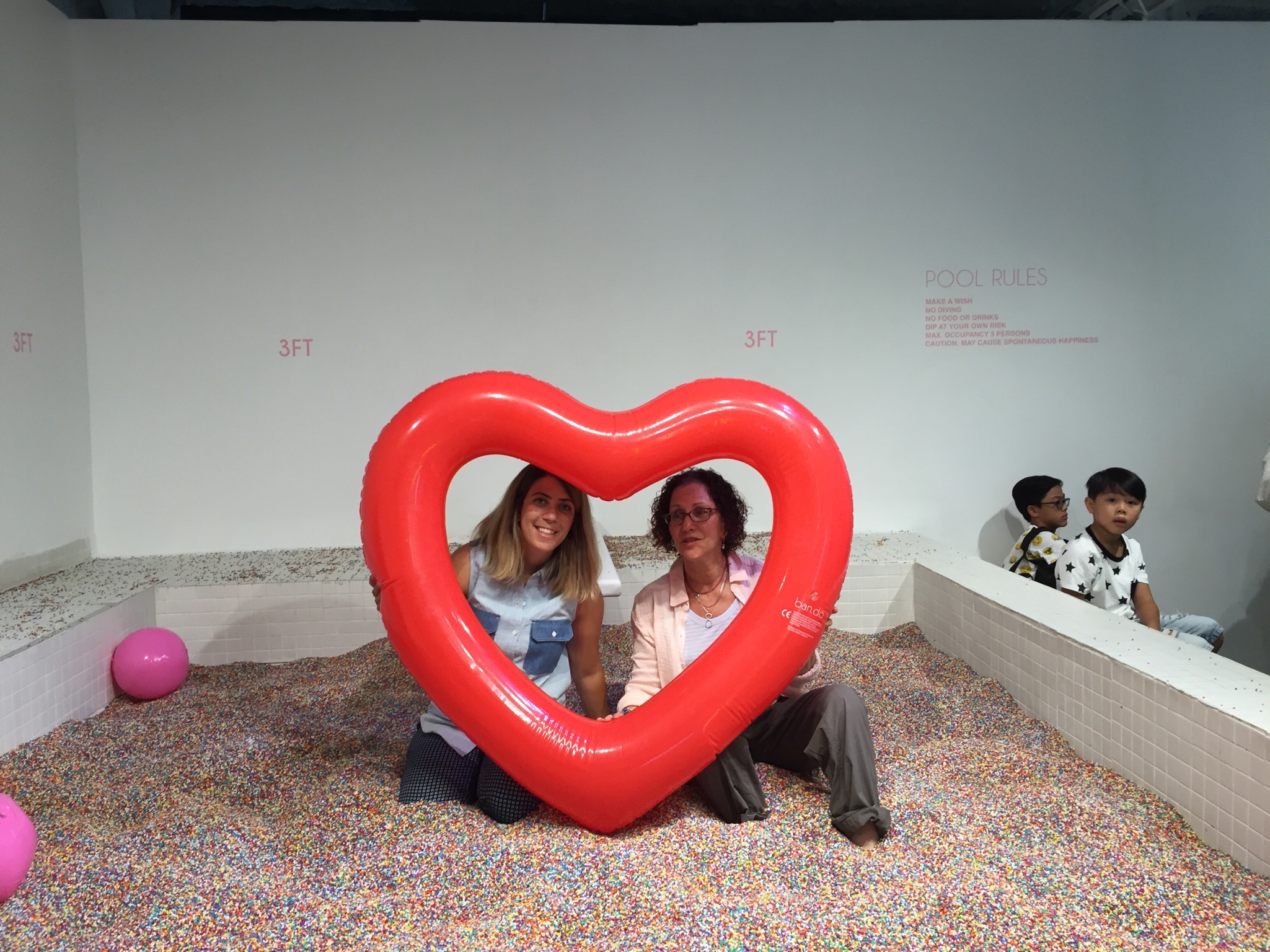 I count it among one of life’s gifts to have a daughter who enjoys doing things with me. Rock concerts. Hiking when we’re on vacation (even if she leaves me in the dust). Shopping.  Enjoying the sights and streets of NYC when she comes back East. But it’s something else, as deep in what it says about character and resilience as it is funny that has me moved to write about her.

Because she lives on the West Coast and I’m in New York, it’s not uncommon for me wake to texts written by her late at night.We’d had more than one conversation about the distressing direction of health care and insurance last week. Hard to offer reassurance when things are so tenuous politically and socially, conservative right-wing Republicans have more power than they deserve, and there’s a psychopath in the White House.  And, yet, when we talk a switch in my brain automatically turns me from worried mode to mama mode, in which I remind her that things are bad, yes, but we have to consider that resistance counts for a lot. After we talk, I send a text.

So when I turned on my phone Friday morning and saw there was text from her, I was so sure it was going to be about John McCain, a villain earlier in the week. Then came Thursday night, the tension, the mystery, the anxiety.  I had trouble falling asleep, I dreaded what Friday would bring in the wake of the Senate debate on the last of the three options to repeal the Affordable Care Act.

Here’s the text I woke up to.

I laughed.   Already in a better mood than I thought I’d be because of two persistent women who would not cave to party pressure augmented by a tweeting psychopath, and a man I’ve had mixed feelings about over the years, I reminded myself a small win is still a win.

I reminded myself, too, that my daughter has always been this way.  She unloads, tells me all the troubling things on her mind. Then her own neurological switch kicks in.

Survival strategies take many forms, and humor is one of the best.  Timothy Ferris makes a good case for laughter as a response to stress in an essay in his book, The Mind’s Sky: Human Intelligence in a Cosmic Context. We all need some comic relief.

I thought a little about John McCain, too.  His dramatic return in the throes of a terrible prognosis had so many seeing him as a hero. Humility in the face of death would not be a stretch when trying to understand his thumbs-down moment.  In truth, we all know the vote could have gone either way,

And I thought of two strong, remarkable women, Lisa Murkowski and Susan Collins, who I’m thankful are not getting (too) overshadowed by the vote heard around the world.

Then there’s my daughter. The greed that fuels the climate change deniers, the heartlessness at the heart of attempts to eviscerate Obamacare get her absolutely worked up. Factor in random personal frustrations and you could have a pretty miserable individual.  But a capacity for getting on with things, coupled with a sense of humor and an admirable resilience, always ends up winning the day.

And sometimes all it takes is a puppy or two to make her smile.