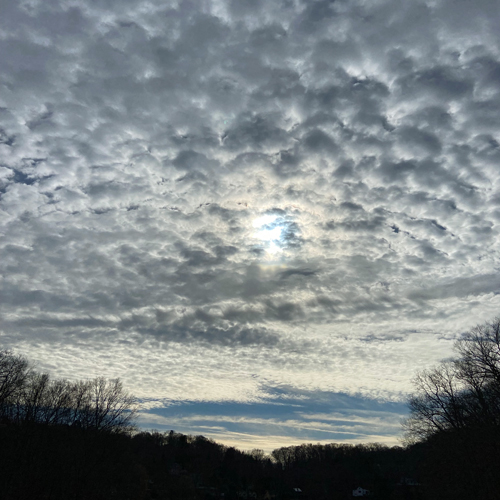 A cloudy morning, the air cool and crisp against my face, the wind rippling the lake.

My eyes fix on a patch of blue peeking between clouds.

A year has passed since my last blog post.  A pandemic that could not be willed away, coupled with the toxicity of a man whose name runs bitter on my tongue, had me pressing the pause button. A question as rhetorical as it gets— where do we go from here?  I could only hope that the forces of decency and whatever comes closest to the truth as I know it would win.

The need to step back from it all dominated.

In the interim I revamped my website. A fresh look. A fresh start.

When I put myself on hold last year I did not know when or whether the blogging bug would take hold. Even better was the sense that I didn’t need to know. At the same time, rethinking my website was a way of looking back at how my life as a writer has evolved.

Where do I go from here?

No sooner do I get down to writing than I’m reminded of what a steadying effect it has on my being.

I don’t know what it really means to pick up where I left off. I do know that the world I retreated from writing about seems barely in a better place.

Blue is a favorite color of mine. Cobalt. Midnight. Sapphire, a talismanic stone. Yves Kline blue. Cornflower.  Cerulean. Even when I’m feeling blue, it’s a color that manages to soothe me.

I listen to the blues more than any musical genre.

The other night I watched Gaslight, the classic movie that gave us a word for the kind of tactical manipulation in full force right now on the political and cultural spectrum. Ingrid Bergman’s performance, for which she won an Oscar, is brilliant.  Her face, with all its nuanced expressions through the movie, lingers.

Last night I watched the final episode of Peter Jackson’s extraordinary documentary, The Beatles: Get Back.  What a gift—to be brought into the inner sanctum of the Fab Four doing what they love to do. With each other.

The three-part documentary pares down 60 hours of footage recorded during a month in 1969, when the Beatles were at work pulling together a new album that would become Let It Be. There’s joy.  There’s bickering.  Four boys just wanting to write songs, make music. Maybe make a film, do a show. Even as they sense the end as a band is near.

We do not see things as they are, we see them as we are, says the Talmud or Anais Nin, depending on your source. It’s a maxim consistent with Buddhist teachings, which tell us that it’s only when we get past the trap of time and the thinking brain can we see the true nature of the world in which we live, in all its impermanence.

To watch Gaslight and Get Back back-to-back is to step out of time. To witness Ingrid Bergman evolve from a woman being manipulated into trusting her own sanity to one who finally sees through the ruse is to grasp the shift from innocence to experience. To witness the Beatles giving their all to their last hurrah—which culminates in a memorable London rooftop concert— is to see firsthand the unraveling of the Yoko-broke-up-the-band myth. It’s a reckoning of sorts, the ways in which what we do not know manages to shape our perception.

Better to just let it be.