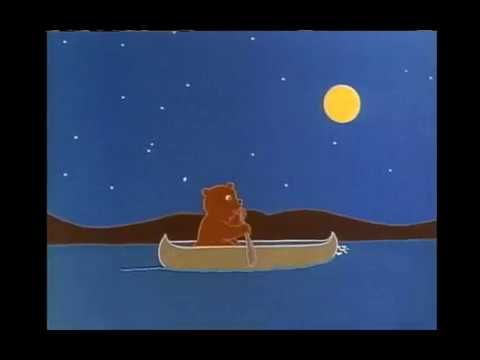 A week ago an email database of mine disappeared.

Gone from the server, no clear explanation of how it happened other than an unfortunate glitch in the process of moving my website/blog from one server to another. That’s reason enough to warrant freaking out (or appeal to the Russians for help) but what kept me sane was my suspicion that all was not lost since those very emails exist on my laptop via a desktop app.

That’s not to say I haven’t had a sleepless night or two figuring out how to save a retrievable backup of the emails. In the best of all possible worlds, emails backed up from one database waltz smoothly into another. More often than not, the transition requires a little tech support even for a reasonably tech-savvy woman like me.

Yet a funny thing happens along the way. You look at your inbox and ask yourself: how do I have thousands of emails? A file cabinet filled with letters would likely be thinned down from time to time. But emails—received, read, flagged, sent, discarded—find their way into that deceptive out-of-sight/out-of-mind compartment of our brains.

Until one day a potential disaster forces your hand. Maybe you saved a bunch of emails for a good reason back in 2014. Or maybe you just didn’t give it that much thought.  They don’t take up space after all.

And maybe it’s a hedge against that once-in-a-blue-moon moment when there’s an email you absolutely need to unearth and you simply can’t rest until you do. Why that particular email is so important is beside the point.

We all hate losing things. We all resent the feeling of vulnerability that kicks in when the very technology that has been such a good friend begins to give us pause.

Pause is a perfect word for the moment, once in a blue moon the most exquisite of tropes. There’s nothing necessarily blue about a blue moon, even if it’s riddled with everything the color evokes. Melancholy comes to mind. Elvis may have defined the song, but Cowboy Junkies took it to another level.

The blue of distance that Rebecca Solnit writes about so evocatively.

More than a color, it’s a mood, a state of mind. In a recent Brainpickings roundup, Maria Popova characterizes it as “a symbol, a state of being, a foothold to the most lyrical and transcendent heights of the imagination.”

Listen to the blues as much as I do and you’d be hard put to disagree. What genre of music is as riddled with sexuality, sensuality, vulnerability? Not to mention the cultural undertones it embodies.

There’s a thread here, and vulnerability may be its epicenter.

Who isn’t feeling vulnerable these days, what with the Manchurian Candidate occupying the Oval Office?

Last week brought me a riveting poem by Terrance Hayes via The New Yorker.

Last week also brought me to Springsteen on Broadway via Netflix. As a longtime Bruce fan, I resisted the impulse to get tickets when the show had its Broadway run. The intimacy of a solo performance struck me as out of character with the nature of the large venue. The price of a ticket to be up close enough struck me as out of sync with a performer who prides himself on being a working class hero. More to the point, nothing will ever come close to having seen him in his up-and-coming days at a small club, the Bottom Line, NYC.

Streaming the show, via Netflix, on a large-screen television, was the way it was meant to be seen for fans like me. The vulnerability of the man behind the music shines through as he takes us through his life, via excerpts/adaptations from his wonderful memoir and the songs he sings.

This week brought me to “Sonny’s Blues,” a masterful James Baldwin story in which music becomes a catalyst for a moment of transcendence between two estranged brothers. The fragile reconciliation that unfolds in the course of the story brings the brothers to a new understanding of each other.

“Sonny’s fingers filled the air with life, his life. But that life contained so many others. And Sonny went all the way back, he really began with the spare, flat statement of the opening phrase of the song. Then he began to make it his. . . . I seemed to hear with what burning he had made it his, with what burning we had yet to make it ours.”

All of which has me thinking that maybe, just maybe, the things we hold onto are the ones most in need of being let go. Even if it takes a blue moon to realize it.