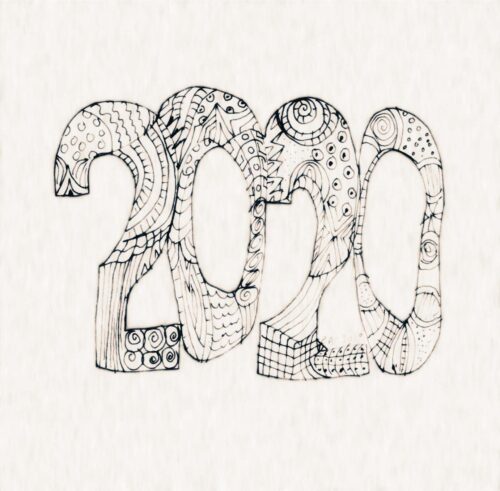 Making a clean sweep of things sometimes gets the best of me.  The other day, I was intent on finally consolidating blog posts from an earlier platform into my WordPress site.  My digital (blogging) imprint began ten years ago with Blogger, and I moved to WordPress two years later.  Before those early posts disappear forever (this is not my ego speaking), I wanted to preserve them.

It all seemed to go so smoothly, the export and import. So seamlessly that, apparently, at least some followers received twenty-two email notifications of new blog posts. If you were one of them, I apologize for cluttering your inbox.  But rest assured I haven’t been hacked. In fact, if you click on any of the links you’ll find yourself in a trip down Memory Lane to my early online incarnation.

Apologies aside, maybe there’s a message here, every mishap being a potential learning moment–a reminder that so much of what we think is within our control is really an illusion.

Maybe somewhere in that body of blog posts there’s at least one calling out to be repurposed. Maybe, too, there’s some reassurance in the constancy amidst all that’s changed in the six years since I posted this one.

Pajamas. A cup of coffee. A book. Sunlight filtering in through the window.  Really no different from any other morning, except maybe the lingering a little longer in pajamas.

Yesterday a late afternoon movie, Philomena. Dinner with friends, Mexican, after which we go back to their house, some champagne and caviar.  Really no different from any night out with friends, except maybe the champagne and caviar.  And echoes of Dick Clark, his New Year’s Rockin’ Eve, this year’s host Ryan Seacrest. A trip down Music Memory Lane, a clip of Tina Turner (“Proud Mary”), one of the 30 Greatest Women in Music being celebrated. It’s that time of year—magazines online and in print giving us their idea of the greatest; we get to see if they match up with our own.

My husband jokes about my wanting to celebrate on December 30th, get it over with a day early. I’m just not feeling it this year—the hoopla, the swell of celebration, the need to mark the oh-so-significant cusp, one year giving way to another.  Take stock of what’s passed, look ahead to what we hope is in the stars.  More often than not, I’m supercharged at the notion of a fresh start. This year not so much.

Every day is different, every year is different. And every moment contains bits of past/present/future. The past lives in our bones, any trigger can set off the reminder of a joy long gone or tie us up in a knot of sorrow. The present—that place I would reside 24/7 if I could—lives with, and within, each breath, the cup it sees never half-full or half-empty, always a little of both.  The future lives outside of us, forever uncertain. To be comfortable with uncertainty is to recognize how little is in our control. Nothing like the last week of the year to encompass it all—the longing for what no longer is, the wish to be at ease with what is, anxieties that go hand in hand with what may (or may not) be coming.

We leave to go home before midnight, cozy up in bed.  “Gotta watch the ball drop,” says my husband, switching from station to station, snippets of movies, until the last minutes of 2013, a million people in Times Square on the screen, some in New York just for this reason, to be in the thick of it all when a glittering ball drops. I marvel at the spectacle of it. I kiss my husband.

One New Year’s Eve, when I was young and single and lived in the city, I decided I wanted to be riding the subway at the stroke of midnight.  I wanted to be with people not making a celebration of it all, just doing whatever it is that they might be doing any midnight of the week. Just for a change of pace.

Change of pace is good.  This year I got to spend my birthday in sunny California. There was something novel about getting on a plane when I was sixty-three and landing just after midnight, when I turned sixty-four.  My daughter did not have to wait to give me my presents, a Great Gatsby clutch and a CD.  A token gift, from a recent visit to Napa with her boyfriend would come a few days later: a purse ‘hook’ reminiscent of the one Barbra Streisand uses in The Guilt Trip. Something every woman needs.

On Christmas Day she sends me a video, evidence of the last bit of holiday shopping. Who wouldn’t be amused at watching two small dogs, a pug puppy and a mixed breed, wagging their tails with joy over new toys?  Turns out we’re both dog-sitting this week—she for her boyfriend’s dogs, me for my brother’s family dog.  Ginger is a sweet dog and does her best to adjust, even if she’s old and missing her fam. She knows me well, and, I like to think, knows I’m doing my best, too. You learn a lot watching an elderly dog try to find her comfort zones.

Time to get out of the P.J.’s, go take a walk.  The air is crisp, no wind, no bite, temperature in the low thirties. I stop at the lake, not yet frozen over.  The longer I fixate on the mottled surface ice, the more it appears to be moving.

P.S. The whimsical ‘2020’ at the top of the page is the handiwork of the talented Elizabeth Cassidy. ‘Whimsy’ may well be the operative word in terms of the way we became friends via a website we both happened to write for. In that true artist’s shapeshifting mode, she went on to finding expression in visual art. A. visit to her website is well worth your time for the insights into her creative trajectory, her passion, her wit.