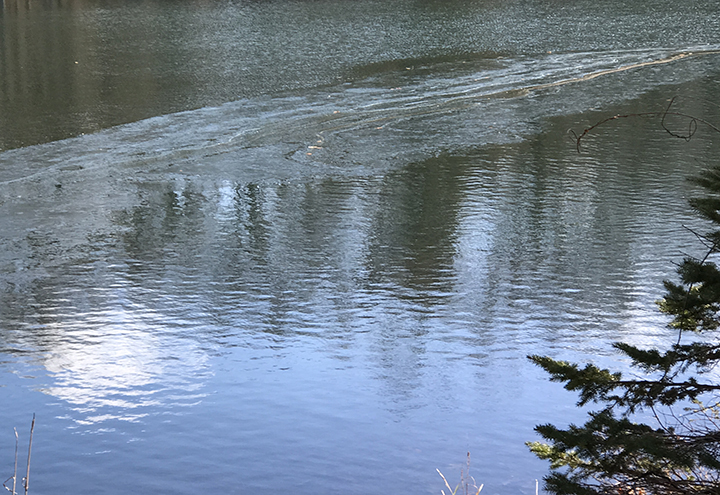 Barely a week into December and already my thoughts are turning to the New Year. Can’t say I feel its approach with a sense of the promise I was counting on. But a certain resolve has crept in. Never one to rush time, I can’t help seeing the weeks between Thanksgiving and New Year as packaged and pressure-sealed—even as I relish time spent with family and friends in the spirit of it all. Short of a humbug frame of mind, the waning days of 2016 have me wanting them gone. ASAP.

One of the many lasting impressions I took away from a Toni Morrison/Paris Review interview I first read many years ago was the discovery that she wakes before dawn to start her writing. A habit begun out of necessity when her children were young gave rise to a ritual: a cup of coffee made while it’s still dark and sipped as she watches the light come. “Light is the signal in the transition,” she says. “It’s not being in the light. It’s being there before it arrives.”

Until you do that—watch the light arrive—even once, night and day are entities unto themselves (i.e., you look up at the night sky, stars twinkling/ you wake up and they’re gone). All it takes is one all-nighter to grasp the subtlety, light gradually encroaching, for it to dawn on you—the stars never really disappear, they’re simply outshone by a far brighter one.

Metaphor aside, we are our own stars, the constellations we belong to a mix of circumstance and choice. I was a daughter when my parents were alive. I am a sister/sister-in-law/cousin/aunt/wife/mother/friend/writer. The unconscious, in all its wisdom and mystery, gives me no room to deliberate in rattling off these roles of mine. If the whole truly is greater than the sum of my parts, it’s that singular one (last in the list, with neither least nor best qualifiers) that allows me to step outside of my own story, stand back/observe/try to make sense of the world.

Again, the inimitable Toni Morrison to the rescue. The time is Christmas 2004, and in the very first paragraphs of an essay that appeared in the 150th anniversary of The Nation, she writes of an “extremely dark mood” precipitated by the reelection of George W. Bush. She has trouble writing, feels almost paralyzed, something she’s never before experienced. A friend insists no no no, times of dread are exactly when artists need to get to work, after which she writes:

“I felt foolish the rest of the morning, especially when I recalled the artists who had done their work in gulags, prison cells, hospital beds; who did their work while hounded, exiled, reviled, pilloried. And those who were executed.”

The wisdom of the greats indeed feeds me.

It was the 7th of December, 1993, that Toni Morrison delivered her utterly eloquent lecture/speech on accepting the Nobel Prize for Literature. The heart of it is a parable of sorts that speaks to the complexities of language and the consequences of its manipulation when we don’t pay attention to what we’re really hearing/reading. Elections, alas, are won on the bastardization of language. On the 10th of December, 2016, a master of more than language will not be there to deliver his acceptance speech. We can speculate forever on Dylan’s silence and evasiveness, but truth be known, his words are needed more than ever. Can’t ask for much more than Patti Smith as a pinch hitter of sorts. Turns out she’ll be singing a song of his at the ceremony.

I’m writing as day gives way to night and a different light, deferential in a way, fills the sky. If I seem to be channeling my literary/music heroes, it’s out of need, not grandiosity.

The freshness of winter—trees stripped of leaves, a touch of snow on the lawn—is the starkest reminder I have that there’s no hiding from oneself and regeneration is a given. Climate change naysayers may never see the forest for the trees.

Bruce Springsteen, in his very telling memoir, writes, “In all psychological wars, it’s never over, there’s just this day, this time, and a hesitant belief in your own ability to change. It is not an arena where the unsure should go looking for absolutes and there are no permanent victories. It is about a living change, filled with the insecurities, the chaos, of our own personalities, and is always one step up, two steps back.”

“The year 2017 may be a time for some stepping back, doing things a little differently. For one thing, no more news—real, fake, Facebook, or otherwise—until I’ve had a (reasonably) productive work morning. For a time I tried clearing the fluff out first—check email, say hello on Facebook, read the headline news—and there’s something to be said for that strategy. Except when what passes through a newsfeed clouds my brain, messes with the synapses. (Just seeing the face of he who shall remain nameless makes me physically ill.)

A tree is uprooted, it falls against another that keeps it from completely tumbling. Hermits are a rare breed but they do exist. More of us, thankfully, fall into the “No man is an island” trope given to us by the great metaphysical poet John Donne. If there’s any hope these days, it’s in the broader view, more encompassing. For all the disappointment, I remind myself that it took a wise woman to remind us it takes a village.

15 thoughts on “One year ends/another begins”