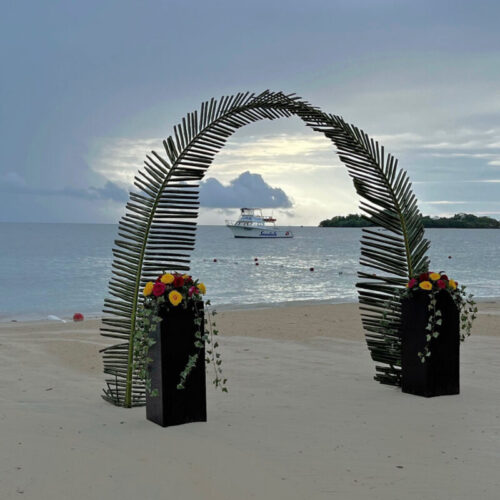 In another lifetime I lived on the Upper West Side of Manhattan. The streets were funkier, gentrification on the rise, decades past the time and setting of the movie musical I love. I know pretty much every word to every song, and one of the cheap thrills of watching the new Spielberg adaption in the comfort of my home is singing along. You can’t do that in a movie theatre.

Not that I wouldn’t have loved seeing it on the big screen in a theatre when it first opened. I could have taken a chance, put on a mask, gone to my favorite local theatre. Going to the movies is all about the communal spirit—people laughing together, the smell of popcorn, scrambling for seats. I guess I’m not quite ready.

‘Comfort level’ is an odd phrase. It asks us to look at ourselves in a way that has less to do with comfort and more to do with pushing the boundaries of anxieties. It’s a personal thing, an individual assessment made infinitely worse by the realities of living in a world that isn’t as post-pandemic as we’d like it to be.

Oh-so-pretty Maria is dancing across the screen and I’m singing along until something (other than my husband) makes me stop long enough to recall a different story. This one takes place some twenty years back, a new home in an exurban town north of the city, a visit to an appliance store where a salesman tries to sell us a large TV. “You never have to leave your house to go to the movies,” he says. Why would I want that? I thought.

My niece recently got married in Jamaica.  A destination wedding to a destination I spent the better part of a year worrying I would not get to—the rock and the hard place forced on me in COVID times. Every month that passed between save-the-date texts and the wedding invitation brought me closer and closer to a nerve-wracking reckoning.  I dreaded the thought of telling my brother, my sister-in-law, and the bride-to-be that even the most heartfelt intentions may buckle under the weight of fear.

At the same time, I could not bear the thought of not being there. It’s a large, loud family I come from, aunts and uncles, mothers and fathers all gone now. The handful of us that made it to the tranquil sandy beach of that Bob Marley-infused Caribbean island are connected deeply by sentiment and love.  My niece exudes a joy not easily put into words.  There’s something otherworldly about a wedding ceremony on the beach (even in the aftermath of an afternoon rainstorm). My brother, who happened to turn 70 that weekend, may have said it best: “We all needed to dance.”

My cousins and I can’t help getting nostalgic when we’re together. One of them couldn’t help seeing more and more of my mother in me. Our mothers were sisters, inseparable. They died within months of each other.  Longtime cigarette smokers, cancer got the best of them. Or maybe it was my mother’s broken heart that did it. She could not live without her sister, her best friend. Or maybe, too, she could not live with the idea of the suffering my brother and I would have to endure once the lung cancer moved to her brain. Who really knows how much the spirit and will to live — or not — hold sway over how much a body in distress can endure?

Who really knows how and in what ways the spirits of those departed and so beloved infuse themselves into our lives? Tonight the gorgeous full moon reminds me she’s always here come Passover, ‘she’ being both the moon and my mother, who makes her visitation via the music I play, her favorite Sinatra songs, and the food I cook. I light a Yahrtzeit candle in her memory. I watch it glow. I allow myself to feel the sadness of how family threads become more frayed with each passing generation.

A writer’s story is the story of a lifetime spent trying to make sense of the world. There are days I hear myself say I was put on this earth to write.  And there are days I feel too beaten down to write a word. I become a master of distraction. Clean up email ten times a day. Spend time looking for books I can’t easily locate on my shelves. Maybe a little online shopping. I get all the news I need from headlines. The weather report teaches me to know before I go.

The days lengthen, spring light lifts me. The rich yellow of forsythia, suddenly there, fills me with a sense of wonder. Turtles crammed together on a log make me smile.

Still, words fail me. A distant witness to the horrors unfolding in Ukraine, what can I say that isn’t being said? The untimely death of a longtime friend’s husband leaves me utterly speechless.

Brandi Carlile’s “The Story” gets right to the heart of how I feel, even if it’s ultimately a love song.

We are nothing if not a storytelling species. As it happens, what came to be the modern fairy tale has roots in what folklorists called wonder tales.  Telling these tales was a mainstay of French salon society during the reign of Louis XIV. It was mostly women who told and wrote the stories. Around kitchen tables, in nail salons and locker rooms, we still tell stories. ‘Round and ‘round in our head spin stories begging for some resolution.

If I do this, stop doing that, I’ll get the result I want —

If I’d taken a right turn instead of a left when the roads diverged, I’d be so much better off today—

Why is my friend ignoring my texts?

We do our best to puzzle it out, see which pieces of any story might bring a more satisfying outcome. Plagued by emotions, caught in a mind trap, we try to make sense of why some things don’t necessarily pan out the way we’ve worked so hard to make them happen.

Writing is way of stepping back, observing. Fiction especially makes room for contingencies.  Maybe, if I get it right, I’ll  at least construct something that sings with resonance.

Then again, there’s writing and there’s living, each with its own take on the stories we tell ourselves. Writing asks me to keep a story alive. Living, especially in a Buddhist mindset, tells me to let go of the stories I’m trapped in. The less attached  to outcomes, the more we see things as they truly are.

Reconciling these two mindsets may take more than one lifetime.

But that’s another story, in and of itself.