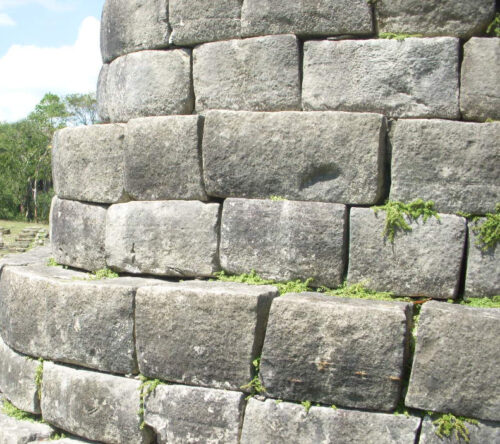 My mother’s birthday was a few days ago. She would have turned 92.

Birthdays, holidays, sentimental moments make us think of beloved people gone from our lives.  But today she’s on my mind mostly because of something she said more than once. On almost any night of the week our tiny Brooklyn apartment would be filled with family sitting around the kitchen table, smoking, drinking, laughing, fighting.  An uncle would storm out.  He’d be back the following night.

That’s the way it was with family.

That’s not the way it is anymore.

What my mother said, more than once—her eyes watery, her heart softened by a drink—was they don’t listen to me.  More often than not, trying to convince a grown sibling that he was (possibly) being too reactive to a situation got her nowhere. She had advice to offer. She wanted to be heard.

We called them ‘lively discussions,’ not arguments, and family dramas, not politics, were at the heart of them. Today we can’t even sit around the table anymore, and I don’t necessarily want to, which saddens me.  I could argue that politics has made it more urgent that we sit across from each other and air our thoughts.  But what, in truth, is more important than the personal dynamics that hold families together?

We use our Facebook walls to spout words that are not even necessarily our own—neatly constructed platitude-filled appeals that feed personal indignation in their longing for a time when the order of things seemed ruled by an unquestioned morality. Just to be clear, I have no issue with what we think of as moral questions that give rise to healthy discourse. It’s the simplistic picking and choosing—e.g., share this post if you agree that we used to cite the Pledge of Allegiance without worrying about offending anyone—that makes me bristle.

Everyone wants to be heard.

We all want to know that people are paying attention.

Last week brought a double whammy of despair to our country, with the most non-presidential of presidents at the helm. Thoughts and prayers, a given in the face of tragedies, gave way to editorials sounding the wake-up call to anyone still unwilling to connect the dots between the hate-mongering and lies of the man in the Oval Office and the violence his words and actions have given license to. What Has Trump Done to Us, America?, appearing in The Forward, got straight to the heart of things. I shared it on my Facebook wall yesterday, along with the hope that it might jolt anyone who does not see the writing on the wall into coming to their senses when it comes time to vote.

Transparent as my words are, they contain a not-so-veiled plea to cousins of mine who tend to vote Republican. Facebook, alas, may have replaced that crowded kitchen table as a place to air our viewpoints. Problem is, when you’re not looking someone in the eye it gets too easy to blow them off. Ignore the Facebook post. Delete the text. Voilà—the conversation never takes place.

They don’t listen to me, and I wish to high heaven they would.

And, yet, maybe there really is hope. How else to explain that in the middle of last week’s horrifying events 2,000 people attended a service at the National Cathedral in Washington to memorialize Matthew Shepard, the young gay man brutally murdered 20 years ago? His ashes would finally be interred. His life would be celebrated. And presiding over the service would be Bishop Gene Robinson, the first openly gay bishop in the Episcopalian Church.